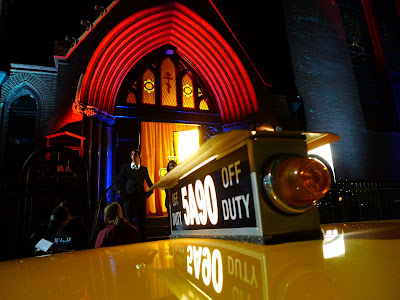 For too long I've allowed, even encouraged, an overly questionable view of myself. I had thought that all of these half-mad, illicit and illegal stories somehow just added to the tale. There was no such thing as bad press, etc. But things change, people grow up, their values adjust, before I knew it the tide had turned against me. Or worse, the tide had just ceased turning at all.
Perhaps the water line had simply settled.
There were too many stories out there, some of them were true-ish. These stories made me appear other than I actually was. There were some that I could have defended, but chose not to. There were others that were partially true, and so as to appear to not be in denial at all, I allowed those stories to parade through, mostly untouched. Then there were others that were flat out lies, I denied some of these, but perhaps with a wink in my eye, or with less than adequate and justified conviction.
These are the missed opportunities that vaguely haunt me now. There is no way to go back, as Dylan famously said, with no direction home.
And of course, some of the stories were true, and not all of them were funny, or good. Though there were plenty of great stories as well. Too many laughs, perhaps. It turns out to be exactly what your parents warned you about. Be careful who you choose to be friends with. But not too careful, right?
It is difficult, to know that you are suddenly being perceived in a way that brings all of your actions, past-present-and-future, into question. A state you once encouraged but now find un-defendable and tiresome.
But there it is, floating out there in front of you... your life. It is like a movie is being made and you are the writer, director, and leading star. But you didn't spend enough time on the original script, there was never enough time for re-writes, the cast and crew have begun to feel overworked and underpaid, and all those scenes you thought you'd save in the editing room turned out to have interesting camera angles but too few match cuts.
So, through my thirties all that footage I shot becomes a "visual poem" project, meant to be understood through non-narrative viewing. No, that never quite worked either. Now, in my forties I'm trying to edit it together in some bizarre pseudo-narrative that even the most avant-garde audience would wince at. 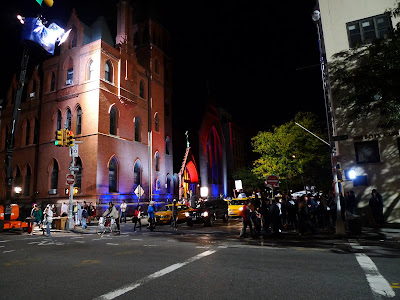 Perhaps it's far over budget, and for the sake of continuity we're going to shorten the length, cut out a few of the more disastrous scenes, and we'll still be able to salvage an art-house project out of the footage. The soundtrack has always been amazing. We might not break even, but we can still get a rough cut done in time for festival season... It's a shame because some of the early edits were received so favorably.
Only after the fact did I discover that the entire cast and crew were moonlighting on their own films, and some of them were shooting video documentaries of the making of my film, hearts of darkness indeed….
This has placed any surprise viral marketing campaign clearly out of the picture now.
Who knows... perhaps I can still pull a few favorable reviews from the lefty-press. I just might need to distance myself a little bit from some of the other actors, get a new agent, do a few talk shows, join a gym, act as if I'm training for a reality recovery program.
And always be aware when the cameras are rolling... 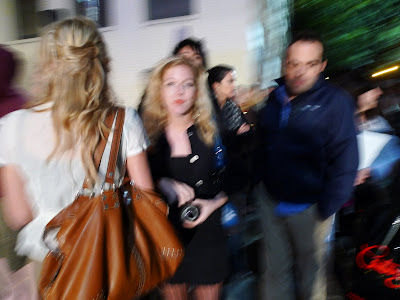