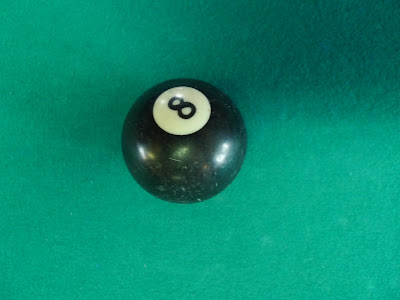 Getting a flat tire on your bike is not the worst thing that can happen to you. I got one last night, I know. I noticed it as soon as I set the bike down on the pavement, heard that empty metallic sound of the wheel rim hitting concrete nearly unimpeded. I felt the subtle difference in height between the front and the back tire. I immediately knew. I had to walk my bike home in the rain. I knew that too.
My neighborhood is getting dangerous. It never felt this way before. Two friends have been attacked in the last two months. Neither of them was hurt very badly, but both had to go to the hospital. As I was walking my bike home last night the neighborhood seemed very seedy and dangerous again, but not in the way that I used to like, to enjoy. Maybe it was the rain, or that I was walking my bike along and felt less able to run, or glide, through places where I perhaps would have before.
The neighborhood used to be filled with artists and poets and musicians, eccentrics of all types. Yes, many of them were also troubled drug-addicts, but some of them were at least creators, most of them were reasonably harmless towards others. Now the neighborhood is filled with CPA's and lawyers, the wives and babies of soon-to-be money men, consumers to the core, a corp of consumers.
So, when the economy gets bad crime goes up. The East Village becomes a target-rich environment. Though neither of my two friends were accountants they were apparently the targets of friendly fire-storms.
My favorite bars and hangouts have now become places where you'll often see somebody still wearing a tie from their day at the office. That was never seen 10 years ago in these places, or only as a post-post-modern joke. The owners of the bars seem happy, of course. They are almost unanimously raising the price of their drinks. Some places offer table service now. These are places that would hardly offer to mop the bathrooms before, even after a vomit incident, and now they're selling $200 bottles of vodka, with little "reserved" signs on tables on the weekends.
The signs should read: reversed… the new and improved dyslexic Alphateb City
On my way home there were two men clearly up to no good on a particularly dark street last night. They were standing very close to one another, both intently focused on something held between them. It was drugs, I was sure. I recognized the ferocity of attention that I have seen so many times before. The nervous, quick looking around, but always looking back, like a new driver, the nervous student, never taking their eyes off the prize for more than a second or two, hands at 10 and 2, one foot on the gas.
Perhaps I am just getting older. I am beginning to want my neighborhood to be a nice and safe place, even if a few accountants do move in here and there. I never wanted to live on Bourbon Street, though that is exactly what the neighborhood has become in the last 4-5 years, especially on the weekends. A group of girls attacked the cab my wife and I were in and then tried to start a fight with us. All night there are the random sounds of drunken revelry or worse, fights and slurred full-volume arguments.
I went to get my bike tire fixed this morning. I could have fixed it myself but I didn't feel like getting my hands greasy. I guess I didn't want it affecting my job interview at Big Money, Cash, Stocks and Bonds, Inc... What would normally cost about $10-$12 came to $18, labor included. I did a quick calculation in my head… an accounting of sorts.
Posted by Sean Q6 at 9:13 AM