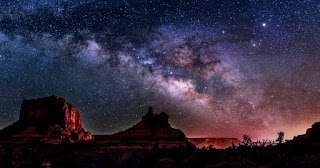 That's right - 12.5 hours. It's a world land speed record. The proper authorities have been notified.

It has been a long time since I've done an all day car drive by myself. Gives one time to clear the head a bit. Mine was absolutely empty when I arrived. I walked from the hotel to find a restaurant, but it was all super-vegan pizza places, or worse. I settled desperately on an Indian place, thinking lamb vindaloo would help me. Nope, neither that nor the large Taj Majal beer (they didn't have Kingfisher) helped at all. The tough cubes of lamb were deposited dry into a watered down mixture of ketchup and curry paste. Because Vindaloo is meant to be a very spicy dish I said, "medium" when asked how I would like it. That also was a mistake. They made it "medium spicy, for a white guy."

Sedona is beautiful. Do a Google Image search and you'll see. What you see on the screen above is all around me. That picture was taken in the daytime. It's just how the sky looks here, truly incredible. And yes, the image that you see above is exactly what I am seeing with my own eyes right now. Ansel Adams never came here to take pictures. Nobody knows why. But some have recently suggested that it was because he was a fucking dumb-ass.

I needed an adventure.

The drive here was desolate and long. There is much vast nothingness out in the Mojave. There is another nothing that stretches out past the end of the nothing that can be seen. You can feel the emptiness beyond the horizon in all directions. It does something strange to be alone and surrounded by so much empty space. You get used to it pretty quickly, but as with most thing I try to milk the sensation past its usefulness. I kept Space Oddity on repeat in the car for about 9 hours before I could hear it no more. I wore two pair of adult diapers, like that astronaut from Houston that wanted to kidnap her romantic competition in Orlando and had no time for potty breaks. Imagine stopping to get gas and stewing in your own urine, or worse, knowing that you saved a couple minutes. I was just like that, in a high speed trance to win back the object of my love. Then, I stopped at McDonald's and had the #2 with a Coke.

It broke the twelve hour spell of tenderness. 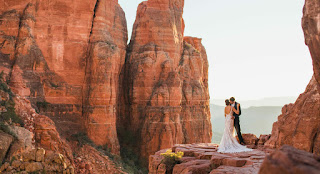 Few things say "eternal romantic love" as well as rock formations do, especially ones that are created by millennia of surface erosion. In all directions here the colorful sediment that you are seeing used to be at the bottom of the ocean, about 330 million years ago.

I only know this because I asked Aquaman.