Maybe they're all wrong 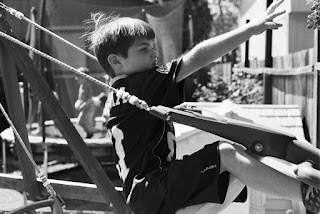 It's only a matter of time that the GOP will start arguing that they need to hold on to their assault rifles due to the many uncertainties of climate change. It will become real for them when they can use it as a point of fear. A selling point, as it were.

Oh yeah, no politics. That's my new mantra that keeps me calm. Is climate change political? For how long will it be framed as a political point? I read a piece on FoxNews the other day that argued that the earth being warmer is definitely a good thing for humankind, and always has been. Do liberals even have any idea how hard it was for humans during the last ice age? They didn't even have guns then.

"My political creed has remained as bleak and changeless as an old gray rock. It is classical to the point of triteness. Freedom of speech, freedom of thought, freedom of art. The social or economic structure of the ideal state is of little concern to me. My desires are modest. Portraits of the head of the government should not exceed a postage stamp in size. No torture and no executions."
–Vladimir Nabokov, 1964 Playboy interview

The craziest aspect of all of this, at least to me, is how easy it is for my mind to blunder into a desire towards the belief that it is all a big, monstrous lie. It is tantalizing. It not only requires less information to show any faith in, but much anxiety is relieved when you even consider it as being a possibility. Words really are magical.

I do not wish to lapse into despair. It requires something along these lines of reasoning: If the polls were wrong about Donald Justice Trump becoming president maybe they're wrong about the global climate, also.

You need not point out to me the fallacy here. I see it. But the thinking relies on desperate faith, not logic, to work its magic. Populism feels like helium.

Let's run with: maybe they're all wrong. I like the way that sounds, and it is in line with how I have always felt. 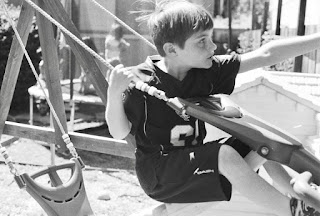