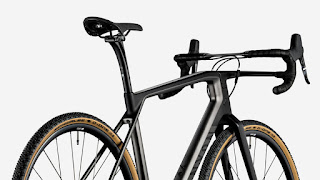 Well, if you thought I was out of my mind to spend as much money as I have on yesterday's bike, you would have been right...

The manufacturer reached out to me today to apologize that they do not have that bike in stock any longer. They offered me a discount on my next bike purchase from them and free shipping. I wrote back and asked if they would discount even further a nicer bike, and if so then I would purchase immediately. They came back and said, Sure!, but not by very much. So, I spent almost a thousand dollars more than I had even initially thought that I was going to. The only differences are the weight and strength of the frame and the rims. They are lighter, which means that they are more expensive to replace. The rims are likely stronger, being carbon fiber rather than aluminum. Less material used on the frame can only mean one thing: the frame may be weaker, but lighter. That is an assumption based in ignorance.

The extra only warrants an additional X in the name of the bike.

But the bike is a fine enough machine. Just look at it.

Few will be able to reason with me once it is in my possession.  I will be like Susan Orlean when she is alone with her beloved orchids. Don't look for any differences in yesterday's pictures and today's, the improvements are not at all visual, unless you happen to notice the numbers on the rim. As I said yesterday, all that matters is how it feels to the rider. Like anything that you love, your tastes tend to tighten their grip around the things they desire most, once they have seized upon the possible pleasures involved. 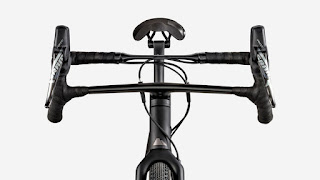