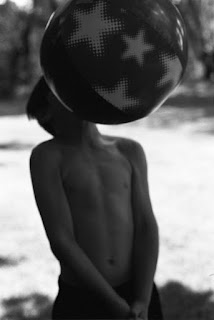 I found a 3x5" card in an old shoe box the other day. I had written a list of basic life tenets that seemed sound enough at the time. Little reminders like, The world doesn't owe you anything; Don't feel sorry for yourself; Don't shy away from change; Don't dwell on the past; Sleep with your hands above the covers; Wear two pair of underwear if you can't stop on your own; Etc.  I had not written these from my own thoughts and beliefs. They had been transcribed from somewhere else. When I came to the part about not shying away from change a strange feeling passed through me. On that point I asked myself, Why? I didn't have an answer, but I felt some inner frustration rising at the idea. Change is unavoidable, of course, but is that a reason to embrace it? Or rather, not shy away from it?

I'm not so sure any more.

My life is about to change. I happen to be embracing that expected change, for now, but that is mostly because I will be the one causing it to happen. I've just decided to move on from a few different things at once. Perhaps the point was for me to not shy away from change that is not the result of my own decisions, or my own doing.

For many years I successfully resisted change. The only change I seemed to want was more seclusion. I enjoyed a world where that was possible and never quite recovered from it. It was my little one-bedroom Shangri-La. But people moved in and people moved out.

How much should a parent change? - our wives and mothers ask. We talk about the usefulness of change but try employing any of it when you have a child. It will be roundly denounced as irresponsible unless it means making more money, of course. Or, somehow improving the life of your child in a pre-sanctioned manner. Any other change is regarded with deep suspicion. What is needed is stability.

This is why I use the butterfly as a personal symbol and metaphor for my inner and outer self.

I want some stability, also. Not too much, though. Not all the time. Mostly I want stability when I think about the future or when I recall the past. At other times I want life to feel like a perpetual Sunday morning, when it's raining.