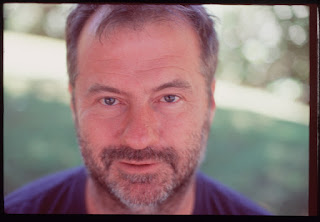 I am a horrible manager of time. We are reminded by nearly everything, how it is the truest of luxuries - to be able to do what you like with the time you have. But I never wanted to get into management. I never wanted to have to manage anything. I have mostly just wanted to be left alone. It is the result, perhaps, of having read too much Bukowski at an early age, and to have agreed wholeheartedly with so many of his sentiments. There must have been other contributing factors, but the reading of Bukowski is one that has continued to adequately describe and explain the precise nature of my fucked-upedness.

I remember reading Mockingbird Wish Me Luck in CS's science class. With my then girlfriend, Amy. Not the Amy that I married. The one I was dating, before I met the one that I married. Amies. All those years ago. I was about 17 then. I had met CS the year before, the year I dropped out of high school. That must have been 1985. Am I allowed to reveal details like that yet? On the verge of his departure from the factory... am I to reveal the location of Wayne Manor? Or, Arkham Asylum?

It is up to him to divulge the secrets of his life.

I was just trying to scribble a little note about my day here. I wish that it would have been longer and that I would have found a way of doing more with it. I have been practicing the guitar more, but not with much discipline, just learning to strum along with new songs. And I shot a roll of Portra 400 film today. The pic above is Ektar 100, and I can't tell if my face is like that, or if I never reversed it to be correct after scanning it. But it looks a little bit fucked up to me the more I stare at it, though it would probably do that anyway. Staring at pictures of yourself is one way to trigger a flashback.

I have done so much acid in my lifetime that I am surprised that anything makes any sense to me any more. For some, it makes them take certain aspects of life more seriously. I was the other sort of fellow. That is how I was with every drug, though especially the ones that had any abuse potential. That was the intangible quality in nearly any drug that made it interesting. How it could be used to interact directly with that thing within me that becomes obsessed, and will do anything to entertain the feelings of obsession that are not attached to any specific idea or object, and the feeling that I will pursue at any cost. It is like the very best parts of falling in love, without the love.

I think if anybody stares at my face long enough it must start to look fucked up. That can't be only the fault of all of that acid.