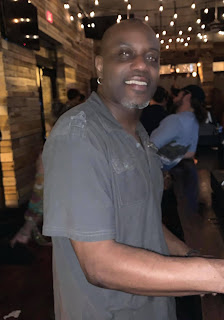 Another friend passed away. I'm not sure but based on the posts mentioning depression - his - I have assumed the worst. Is it the worst thing to assume - suicide? I don't know, but it does provoke some very bad feelings. He was a nice guy. He gave me my job as a manager of a local record store in Orlando many years ago, a position I took with all of the seriousness that you can imagine. I was known for sleeping on the futon during the days. Like so many of us he had his own problems. He and I were always happy to see each other. There is that to remember. I could tell more stories here about him, but they are mainly illicit memories. We were younger and none of them, I do not think, would shed favorable light on his recent demise.

Unlike some of the other deaths recently, I had not seen this one coming at all. What is to be said when you reach an age that you can nearly predict the unfortunate deaths. If not the specifics, there is a sense that tells before you know. Do other 50 year old people feel this way?

Last week or the one before there was a death which appeared at first to be a suicide. All of the music that had been posted by them to social media before the person's death certainly seemed to suggest that there was some messaging going on beforehand. Then the news broke that it was not a drug-overdose and it was not a suicide, it was accidental. Ignoring that it could have very well been accidental while still being both of those other things, also. It was definitely an over-dose, just not the recreational kind. What sadness is spared by the clarifying claim?

If I was to die soon then my entire life might seem like one long suicide note. So, live every day like it's your last, write a suicide note today.

We mis-booked our condo here in Tahoe and we're supposed to check out in the next couple hours, and that's not even the worst thing that I have to deal with this morning.