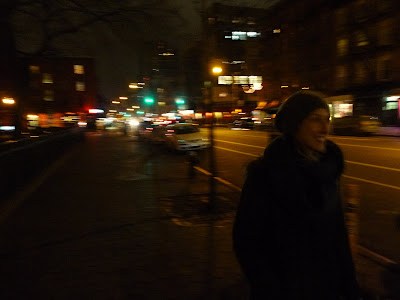 I have been recording vinyl records all day. What might be considered "classics" by some. Early-ish electronic dance music, mostly 1988-93 ; house and techno, and breakbeats, just as those distinctions were really becoming apparent in that hidden world.
I have sometimes struggled with the idea of nostalgia. A friend once harshly suggested that nostalgia is a bad thing, possibly even a very dangerous thing, for me. Perhaps the nostalgia of others must seem so.
That place that can neither be returned to nor visited by strangers.
Recording these old records today was fun. Cold beer helps the process, though at some point it also begins to interfere, as it does with most things. I have thought back to many places, and people, and odd, sometimes unbelievable situations. My nostalgia has not felt so dangerous today, though I have longed for another time...
Posted by Sean Q6 at 6:04 PM