But not a great sadness. Because I felt alive. 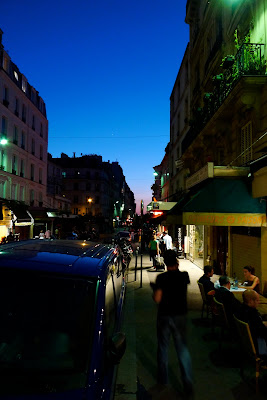 It has only been a little over a month since we returned from Paris and already I've found some things that I am longing for, to experience again, lost qualities. I won't go on about the essences of Paris, much has been said, and undoubtedly better, than I could do here. Though it is the essence of the place that resonates in my memories. The richness of experience.
We were, of course, on vacation, our honeymoon. So, much of our experience is imbued with that specialness, but even beyond that there is also some thing that did not get captured by the camera, some aspect of life there that I am only reminded of by looking at the pictures, it is not there for me to relay.
Carol: And then something happened, something that is hard to describe.
[looks around at people around her in the park]
Carol: Sitting there in a foreign country, far from my job and all the people I knew, a feeling came over me. As if I recalled something, something that I had never known and for which I had been waiting.
Carol: But I didn't know what it was. Maybe it was something I had forgotten. Or something I had missed my whole life. I can only tell you that at the same time I felt joy and sadness.
Carol: But not a great sadness. Because I felt alive. Yes. Alive.
from, "Paris, je t'aime" 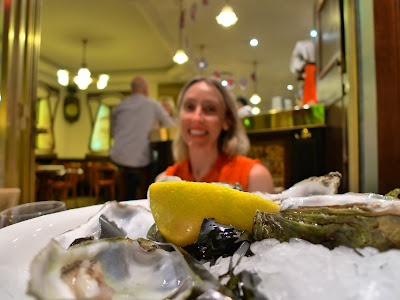