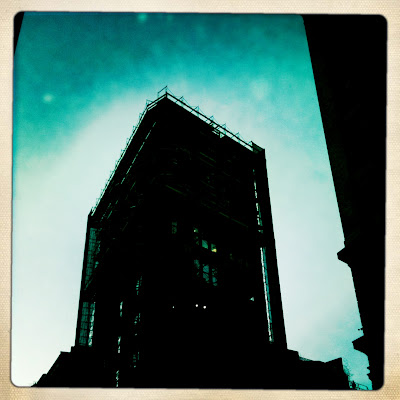 I went for a walk this morning, hoping to take some pictures. I meandered around The East Village not taking any at all, just wandering. At Astor Place I stopped at a coffee cart. There was only one person in line in front of me, it was a young pale-skinned woman with too much dark hair on her face. She seemed to know the guy in the coffee-cart. She was talking to him in a familiar way, though nervously. She was young, in her early twenties, hadn't quite learned how to dress yet. It was difficult to tell whether or not he was talking to her or into his bluetooth headset, to persons unseen. She was relaying that she was leaving the city. I could see that she was hoping to get a response from him, she probably purchased coffee here every morning, or at least on the mornings that she worked. She said that he wouldn't see her any more. He asked her where she was moving, disinterestedly. She replied, Boston. When the transaction was done he looked past her towards me, so I gave my order. She began to walk away and he said, good luck. She smiled, thanks. I turned and watched her walk towards the subway stairs, and then descend the stairs with her large iced-coffee and recognizable facial hair. I turned back and I realized that he was talking on the phone, probably had been the whole time, in hushed tones, and fragmented sentences. 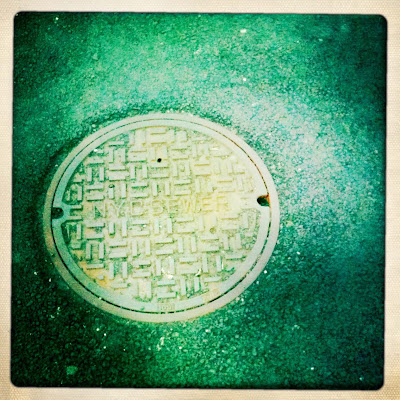