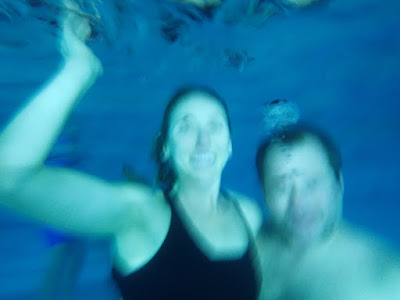 ... and just like that, if this is it, I feel a bit better. A few bike rides, some healthy food, good sleep, and I am back in business. Raquel and I are suffering predictable, and likely usual, relationship problems. You can see it in our faces in the image above. Something is not right with us. We're currently working on it.
I blame Covid, in part, but who doesn't? I also often read depressing books, or worse: cerebral. I just finished Gerald Murnane's The Plains (1982). I recommend reading it if you like Kafka and Beckett and other trifling writers of the 20th century. I don't know why I keep emphasizing to everybody that the book was written in 1982. It is a strange tic that I seem to have adopted for this book alone.
It is called a tic in the parlance of those times.
Last night, the boy was restless after a day off from school in which mom and dad worked all day in the adjoining rooms where he was watching movies, like Weird Science. So, he suggested we drive over to Napa, with no specific plan. We put the dogs in the car and off we went. After a detour through downtown and across the river we ended up at a chichi cycling shop. I peered in through the window to see what super-expensive bikes they had on display. Then, we noticed a restaurant with a rather large outdoor seating area with flames rising in obelisk-shaped heaters at every table. Pizza and wine it was. It felt nice to do something relatively normal, like have dinner at a restaurant.
The drive home was lovely in the moonlight - the rolling hills and vineyards, the estates on tops of hills. The lone hill here and there, topped likewise by a lone tree against the background of the sky. Glimpses of mystery as the trees and posts closest to the road flashed by. We all seemed happy.
After, we came home and kept our promises to ourselves, slept the night through. 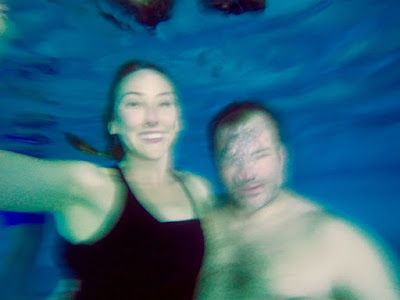