The trouble with ease 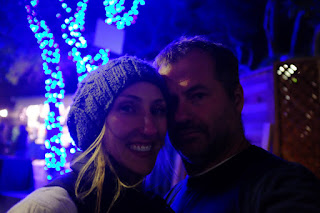 The problem of me not wanting to write recently isn't CS, nor is it my job, nor time away from my job, nor returning to it, nor any other reason I may have cited in my last post. The problem is that I've become reliably happy. I struggle with feeling pleasure from time to time, though that alone doesn't make me unhappy, usually. Pleasure and happiness are not nearly as related as I had believed them to be. They are connected - that seems apparent - but not dependent upon one another, or not entirely so. Feelings become their own dominion as they age and declare whatever distance from other sensations.

It seems; it feels.

I can endure almost any emotion or sensation for a while, about thirty days or so, maybe sixty. After that, I get bored, then sometimes subsequently dangerous. This is the first time that I remember being consistently contented in decades, which is of course unforgivably boring, lacking any vestige of redeeming vice.

My life has flattened considerably; apparently it was what was needed. I'm not sure if I've tried to aggravate the circumstances of my own life, or if some inner mechanism - a gear with a broken tooth or two - has caused me to live life the way that I have. Nothing runs smoothly for very long. I've thrived on inconsistencies, all the while bemoaning the chaos in smirks. One thing I've never been expected to endure, nor prepared for, were moments of extended satisfaction or contentment. Now I'm trapped.

It would be easy to blame Rachel - I have before - but that hasn't brought me any cheer. Who knows what either of us had hoped for in that regard. Our recriminations failed, also. She has been a significant part of both my happiness and its nemesis, of course, but she can not alone account for any of my feelings in totality. Imagine if anyone tried to make her answer for me and the tempestuous whimsy that has marked the last twenty of my years. That would be absurd.

I've documented my life in detail here with reasonably understandable inaccuracies. This started when she and I were newly married, through our move to Sonoma, the birth and early life of Rhys, our divorce was in there, the boy's growing up, our reconciliation, and now it has become a family vacation travelogue. Perhaps it is a good time to stop. What more can be said now, or anymore.

I'm not sure what good it has done me. It has functioned in part as a tool for self-analysis, though I'm not sure that I hit any of my improvement benchmarks, or if there ever were any. I outgrew some of my licentiousness, and a handful of my more favored sins. I watched in horror as I grew up, like a newborn taking its first wobbly steps across the mind. It was fun. I've tried to remember to laugh at myself. I hope that is part of what I've done. If not, it's what I meant to do. I remember giggling along many mornings.

People worry about social media platforms having betrayed their privacy. Look at what I have willingly done to mine, here and elsewhere. 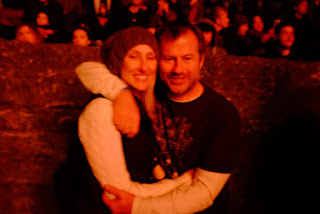