The Niña, the Pinto Bean, and the St. Pauli Girl 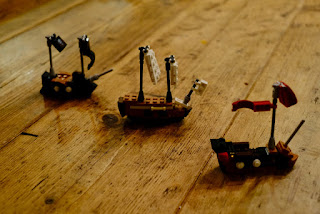 Ok, let's try this writing thing in the early morning once again. What could go wrong? I've just been reading news feeds for the last hour, contemplating, posting rebuttals on social media, etc. My head seems in the right place. I am prepared to do battle with the emptiness below.

It has been raining here for three weeks now. There has hardly been a day without it. When it's not raining the skies remain a reminder that it will again, and soon. Bike rides have been close to impossible. It cripples a part of me. My happiness seems ever waiting. The forecast says the sun is still days away, but getting closer. A man of little faith, I will believe when I can feel it on my skin.

Today will be the Pinewood Derby race. I shaped the wood for the boy and then left the project for him to show interest in. Mom painted the car last night after the boy went to sleep - black. It is meant to suggest the Bat Mobile.

Yes, the two pics in this post were taken under (almost) the same lighting, different cameras. It's what I do now - the projects and pastimes of a seven year old.

Maybe it is better to write at the end of the day. I vacillate uselessly between reflection and opinion. The world has ceased meaning as much for me as it once did. I seek modest pleasures for reasons I barely understand. The moment is here, but I can not grasp it.

I feel adrift in this life, attached mostly to being a father. Some would praise such an admission, telling me what should matter most. It does matter, of course, but I was not quite prepared to relinquish everything to it. Anyone with an imagination is entitled to wonder what their life might have been otherwise. I read recently that those who write their goals down are statistically more likely to achieve them. 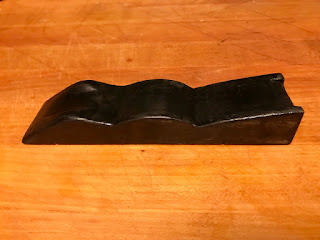