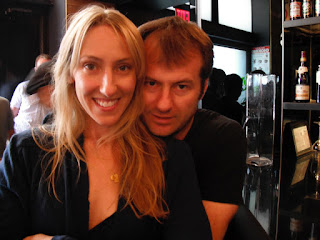 Fuck. It's as if I can't stop myself. I can't seem to find a suitable subject to write about and in my eagerness to avoid politics I'm sounding too much like Zen and the Art of Motorcycle Maintenance, but without all the pesky intellect. More of a High Maintenance than a Zen or Motorcycles scenario.

Well, what can one do?

People are posting pics of themselves from ten years ago and then other, recent ones. A celebration of time and gravity, it seems. A wrinkle in the space-face continuum. So, here are mine. Do you see now what a decade will do to a man? For the purpose of this post I wish that I had changed genders. It would be more interesting. I could have demanded much more from my readers.

It was interesting to go through old pics that I had taken in NYC and other places. I saved most all the pics I had taken, so it is difficult not to come to the conclusion that I drink too much and I should put my camera down when doing so. It is almost as unsightly as a stumbling drunk - the poor, shaky images from the camera of an amateur. I used to wander around NYC with my camera, ready to annoy people, pretending to be a street photographer. More gutter than street.

I am not being tough on myself. It's all true, I have thousands of very poor images. I took a lot because it was the only way that I could occasionally get good ones. My "abilities" seem to have improved in relation to my gear purchases. It's a bit dispiriting to scroll through past efforts. It has made me want to take a small point-and-shoot out and re-learn everything, starting with patience. Does one learn patience, or just practice it and then sense its value. How often I have told myself to quickly find more of it, then watched the thought depart in such easy dismissal. Need to get some, soon.

I haven't been writing here because I'm struggling finding anything other than my son to care about. I know how tedious it can be to hear someone talk of nothing but their child, or the love that created them. It is worse when they have more than one. The barely concerned listener is expected to remember their differences, as when you start to carelessly read a Russian novel and you can't quite distinguish the individual characters yet. You don't want to go back. You'll just try to pull the story up from the miasma of events and places. You'd rather just be vaguely confused about why any of it matters, until of course one or more of them do something that does. 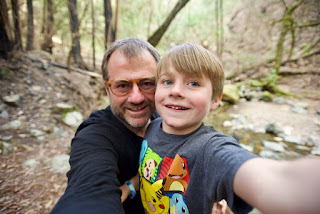