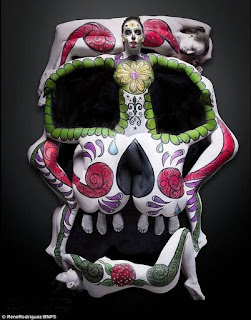 I want the president to have committed a treasonous act just as much as anybody, but we'll probably have to settle for him never being indicted for obstruction of justice.

Oh shit, what am I doing?

I have to start scanning my processed film soon. I just counted. There are about 70 rolls, at 36 exposure each. So, I have a lot of work ahead of me - approx. 2500 images. So much work that it is easiest and best to put it off a while longer. But I have run out of digital images. It takes so much time to go through those, also. Why don't I have an eager underling or a protege yet? An avid undergé...

Well, there goes my next chapter in the ongoing saga of #MeToo. Wait, I didn't say she had to be female. I only thought that it must be that way. Lucky me.

I have wanted to tell my #MeToo story here, but it is pointless. A friend told me that I was hers, and it knocked me back several yards when she did. I had never touched her, nor had a sexual encounter with her, and had not tried to. She believed that I had. There was a misunderstanding. Even when we both went through the agreed upon facts together there was no contact nor harassment, only an unintentional poor decision, but it seemed to get my foot in the door and that was all that was needed. I did feel very bad about it - she was a friend and my intention was not to hurt her in any way. She was adamant that I was "like Harvey Weinstein," which impacted the friendship negatively.

I never put her in another one of my films again.

The whole experience saddened and confused me, though I do not pretend to be the victim. I only know that I regret my part in it, but my part did not cross that line, it just crossed her line. It must have. It makes me nervous to even think about it, much less write. I enjoy having close female friends. I need them. Being accused of anything is never pleasant. I know. I have been accused of much. I leave myself open for it and my attitude sometimes even invites it.

If you often project that you are doing nothing wrong then you'll encounter people that will soon disagree. I offended and insulted her. For that, I apologized deeply. For her accusations towards me, I abandoned the friendship. After listening to her, apologizing, and then expressing my feelings about it, I went quiet.

That didn't help anything. When does it?

There are terrible people out there - men and women, I mean. I have found it best to find one woman and try to love her well. Rarely will it be well enough. It is best to be friendly and open with other women - careful in conversation, polite in action. That is no guarantee that someone will not one day find your behavior disagreeable or even offensive. Well, now that I write it out in those terms, mine was.

She didn't fall in love with me. We agreed on that.