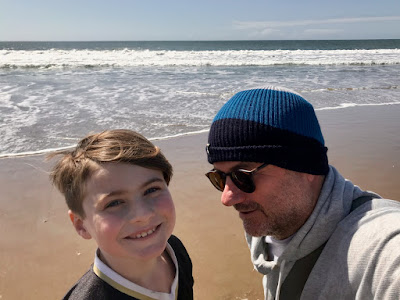 The boy and I went to Limantour beach today, with the husky puppy, Akira. Then, we went to Nick's Cove for seafood. The boy ate fifteen oysters. I only know because I noticed that neither of the two dozen we bought were shared quite equally. I can be quite understanding about such things, and love nothing more than to see the boy happy and hungry.
Raquel and the boy depart for Arizona tomorrow, from the same Sacramento airport that I'll be flying to Denver from, though two hours earlier. A week in the desert, for them, with grandma. The same week spent funboarding in the snow, for me - Beaver Creek, Vail, Breckenridge - listed only to drive CS dippy with the opulent sin their resort names must evoke in imaginary costs, prestige, and of course privilege.
We will have cocktails at the Ritz-Carlton, again, my buddy and I. Etc.
My life is not so enviable, though. CS' impression is a distorted one, but how could it possibly be otherwise? What was it the old Allman Brothers said about such things?
I've got to run, to keep from hiding.
That video is well worth watching. It's a time capsule, of sorts. It documents the true and genuine pride with which some women of a certain region and era used to display their receiving departments, particularly how such behavior is directly related to cars and music, though the connection is rarely ever made explicitly.
Of course, my impressions have perhaps always been distorted. 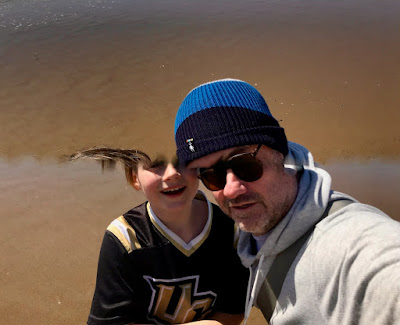