And are you satisfied with the life you're living? 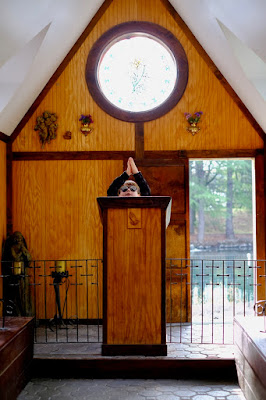 Even bad sex can keep you in a relationship. Ask your priest. Imagine how bad some of the sex must be between the fathers of the church and one or more of those flirty kids that lure them away from Christ and into sexual relationships. That more priests don't strangle kids to death during sex is a testament of their dedication to Christ and his principles. Though, sometimes I suppose it must feel as if they are floating, freer than they have ever felt before, liberated even from the prying eyes of their beloved savior, when a child parishioner seems receptive to their kindnesses and coquetry, to their touch.
That said, initial penetration must be a real shocking nuisance for the child. The human anus only becomes elastic with practice.
Fuck, this is not at all what I thought I was going to write about. This should stop, it is hideous. I mean them, not me.
The only time that I ever considered fucking a priest, I stopped myself, I was merely using him to get to God, and the sacrament of wine. Nuns are useless in this capacity. Worse. They are oftenest the tattling teetotalers of the sacristy. God humors the weaker sex. It's called punishment. You can read about it in the expository biblical chapters. My favorite is Exodus. How did the Jews know about Bob Marley then? All credit must go to Jah, on high. Prophecy, it is written.
Do you see what happens when I don't write in the mornings? Ugly and misshapen things spring up from my mind like a fount of holy water.
I'm getting into identity as a focal point for my entire moral and ethical framework. I am a middle-aged white cis-gendered male living a privileged life. I like the sound of that. No commas, just descriptors without separation. Who would not wish to live the privileged life? I'm absolutely all for justice under the law and equality of opportunities, but those are very easy principles to support in speech. Anybody can do it, even the Trump children. What sort of monster doesn't want those things for everybody? Well, there are some. But, what sort of person can rest until their full fruition has come to be? Those who are not sufficiently anti-racist, and willing to make public displays of their allegiance with their allies. The kind that I described earlier in this paragraph.
That is whom: Them.
I wonder when or if American society at large will return to the idea that they are free to choose their own identities. Things were not always as they are now, they have been better and worse. We heralded rappers for their assertion of identity. Or, I did, from '88-'92. We herald serial killers with binge-worthy passion on Netflix for their unique pathological dispositions, and its expression in crime. We share a national heritage of fierce individualism, which includes Billy the Kid as much as it does Harriet Tubman, Abraham Lincoln and Lee Harvey Oswald, Kurt Cobain and his wife. Etc. The lists of individuals go on and on and on. Yet, we all seem willing enough now to accept a type as a possible shield against the very things we had hoped to enshrine: the burden of defining yourself. Identity is much easier to adopt or claim than personality is to develop.
Soon, I hope, we can mostly all just agree that the strict identitarians whose voices have become loud and amplified by others are at once boring, loathsome, and wrong about what it means to be human and free.
No group has ever been all that fascinating. Name one identifiable social group and I'll demonstrate that there are thousands or millions of forgettable and insignificant people deeply attached to it.
Glory is fleeting, but identity is for never.
Like this: I am a middle-aged white cis-gendered male living a privileged life.
.
Posted by Sean Q6 at 6:15 PM