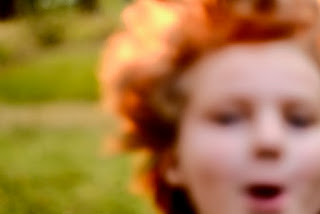 I can't tell if I am having a nervous breakdown or if this is just a series of expected psychic tremors, interacting honestly with the times. I could be having Adult Diaper Syndrome (ADS). It never ceases, making it difficult to gauge veracity.
Are we allowed to oppress our feelings with phrases like nervous breakdown any more? It seems there must be a "coalition of the nervous" out there somewhere that is rallying behind the idea of dignity and inclusion for our most agitated members. Perhaps there is a newfound honor given to the idea of having a breakdown, to counter-balance any previous shame felt from being in such a state. I don't know any more.
I'm just sure that it's only a matter of time before I say the phrase "nervous breakdown" at Thanksgiving dinner. I'll be the old guy popping off imaginary or perceived insults at someone, anyone, everyone that isn't there. I'll be robbing the present of its future dignity.
As part of the Thanksgiving holiday, I offer this traditional American delicacy: liberals eating their old, wrapped in bacon with dip chips and appetizer napkins.
The hungriest always find a way of gorging themselves on poverty. Dark skin is the delicacy of the race buffet, and deservedly so. Sometimes it seems as if people can't find the sufficient Pantone to love. Race is the most important thing about humans that doesn't exist, behind God and money.
No politics. No economics. What am I thinking? Periods or prosperity are not aligned with periods of peace. That's what caused me to become so unhappy on this site a few years ago. I vowed to stop obsessing over events that I have no control over. How has that helped me? I am richer now than I was before I stopped writing about politics, but that seems coincidental now that I observe the facts and timeline.
I can not now remember why I would ever vow such a thing as the cessation of political talk. It seems unnecessarily limiting.
But, ah well, promises are promises.
If prmises do not act prohibitively then they would be only mises. It is the hibitive instincts that laws are there to protect against.
Thou shalt not hibit.
Be less hibited, a chant that those dirty, stinking hippies rallied behind!
Can we at least all agree, as a nation, that it is old people that did this to us? And wasn't it always the old people.... honestly?
I'm trying to find the right things to say, in the event they return the guillotines to the Place de La Concorde. So far all that I can come up with as something to scream at a rally is, Why kill the old?
I worked through a few slogans:
Defund The Pubescent
Restore Your Operating Rooms
Don't trust anyone under 30 yards
And one that I thought would be perfect for the moment:
Black Death Matters!
Though, in truth, I have relinquished my revolutionary ways. I support the police and fire departments, and the post office. I see them doing more good than evil, though with the postal addendum... there is a hairy-lipped woman at the Broadway office that terrorizes the .
This site should be about me documenting my life, mostly. What else is there? What else is there that really matters, to me?
Mama, just skilled a man....
Writing is a comical admission of something - a confession of imaginings, scant evidence of things passing through the shadows created by the light.
Light leaves a blur of life that darkness otherwise obscures. 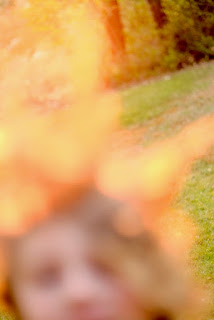