Of the kind that I have grown tired 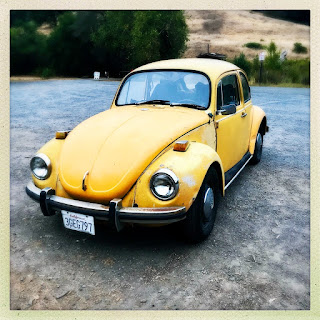 I tried to go camping last weekend. I succeeded one night. It was lovely. My car broke down that next day, leaving me stranded, with my camping gear and an expensive mountain bike high up in the mountains, unguarded.
Rachel and the boy rescued me.
I met a homeless teacher the night I was able to camp. This is the second time that I have met someone who is homeless and camping as a choice towards a semblance of normalcy in the last six months. Camping and boondocking are on the rise. He drove a yellow bug. He did not strike me as the camping type. He possessed the bare minimum to sleep outside and did not seem to relish it at all. He covered his tent with a tarp and kept it that way for the night.
My car breaking down a poorly timed and expensive fact.
He was not there when I returned to retrieve my stuff with Rachel and the boy. I rode my bike home; we have no bike rack for R's car.
My sparse interactions with random others are becoming increasingly strained, saddening. I wanted some solace while camping, perhaps needed it. Still do. Every direction I go, there is some quivering madness stirring.
I have a new doctor. She is maybe 26. I want to tell her all about my life.
.
Posted by Sean Q6 at 5:03 PM