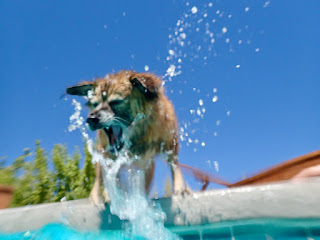 Relationships are hard - take Rodney Dangerfield's, for example.
Does hyphenating the noun from what it purports to possess separate them in an irredeemable way? Or, is it that by adding take have I made it less than grammatical?
I have lost a few friends in the last few years, by never writing; by never writing them. I can feel it in the thoughts and memories of some of the people that used to write me. I can feel it in the distance from recollections.
I remember one girl. I used to write her notes, stories. I would sign them ever cutely:
lv,
sn
Her name was Jenn. One day I walked by her computer and the email she was writing, to the guy she was fucking, was signed:
lv,
jn
.
Posted by Sean Q6 at 9:01 PM