The physicality of fumbling up 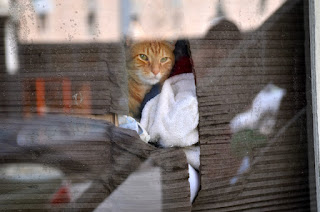 Few things remain simple, or only hauntingly so. I've had to learn to keep quiet about almost everything, which doesn't always make for good writing, not for a confessionalist.

I'm going to start telling people that I'm heavily into Civil War reenactments, that I'm on the side of the Confessionalists. I go every year. Make up some plausible name for a city in Virginia. If anybody challenges me then explain that they're confusing it with a city in Tennessee. Do this of course with confidence.

We were in bloody battle with the Secretists. Family against family, brother against brother.

For no known reason, the other day, I started telling Rhys about the biblical story of Cain and Able. God's question to Cain in the garden, to which he responded, Am I my brother's keeper? A shitty attitude to have with God but good question.

I tried to explain to Rhys why I believe the answer to the question is Yes, that we are culpable for the well-being of one another, and it is best to acknowledge that to one another. Immediately I started following it up with qualifications, of course.

Does any of this become easier, or does it ever become any easier? Any of it? 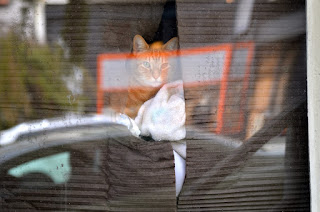