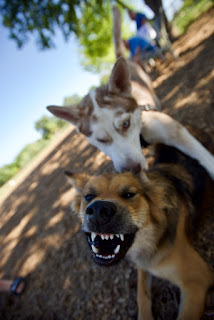 Oh yeah, I forgot to post, or started to but never finished, ran out of things to say, or have said them before. Like CS, I also have no stories to tell. What do I do that would produce a story? I spend my days repeating daily things, not discovering.

The boy's behavior improved. Did I write about that here, or has it just been tumbling around inside me for a month? Could be both. He was being naughty, disrespectful, and mom and dad had to drop the sledgehammer on him. To give you an idea of how tough we are: we took away all screen-time.... Not sure if you know it or not, but that is about the worst thing you can do to a kid now. No more terror, no more tyranny, no more discipline too. Just reasonable conversations, one after another after the other following the one before that.

I have nothing to say today - no stories from beyond the womb.

Lee Perry is Jesus. I mean, Jesus. I won't bore you with writing about music, but when he was brilliant he was like nothing else that had ever happened. I am listening to the Black Ark mixes of this album. They are among the deepest, coolest, most bad-ass and beautiful pieces of music I've ever heard. I couldn't find the same mixes that I'm listening to online, and that link is to the already known and famous album. It's criminal that the dubby mixes aren't available on YouTube.

You guys should come to my house and hear it.

Tell you what.... I'll make you a real sweetheart deal. If you think that dub isn't right for you then I'll let you walk out that door right now without signing on for this once-in-a-lifetime generous timeshare offer, but if you're wrong then you might have to live the rest of your life regretting the decision that prevented you from ever getting involved in South Florida's Gardens of Inspiration single and double use units.


I'll concede that it is a bit strange that at 50 all I want to do is ingest THC and listen to old dub albums, mostly from '75-'81, the golden years. But what the fuck, I've reached that stage in life early where you realize time is truly limited and you may as well do the things that let you avoid doing things you just don't want to do.

What happens to people?