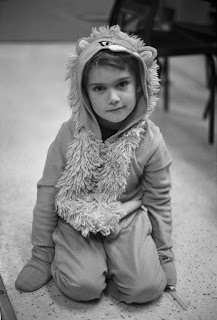 I hate Apple's Photos app. Truly. It is an embarrassment for them and they don't seem to notice or care. I just spent about 20 minutes wrestling with it over a simple file management and editing issue. The best conclusion that I could come to after multiple efforts and some online research, and years spent troubleshooting technical problems, is that Apple is a company that deserves to suffer and die a shameful, expensive, public death. I hope that one day happens after my own, of course.

So, here is a 35mm pic from maybe two years ago. It is one of the boy's school buddies. They are all getting older around me at an noticeable rate. Why does every mention of the passing of time cause me to think of my own death, now? It didn't used to, and I'm still young, or so people say. Are others this morbid, though only privately? Or, perhaps other people healthy in their hearts and minds.

Tough call on the relative health of others, glad I don't have to be the one to make it, at least not this morning. It is the morning of Father's Eve.

As I age I value most people less, though I still see glimmers of beauty and hope and mystery in many, but few my own age.

Age is among the great discriminatory categories. I see it everywhere, now. How it is allowed in almost all regards, short of cruelty or flagrant discrimination. But so much is subtle, particularly when it comes to how groups tend marginalize types, without ever needing to agree on it openly. It just happens, you start out as one thing and you gradually become another, without realizing how the gradual becomes the inevitable. Until.

As you age you matter less. Of course this is not true for everybody, some accumulate useful resources. They somewhere keep pirate treasure maps in locked trunks. If you are a parent then you might matter more to your children, or so the hope goes. But this simple recognition doesn't prevent me from observing that the other thing is still happening, also, everywhere now and forever. If I was younger then of course I would fight up against it with the sudden fury of what was once me.