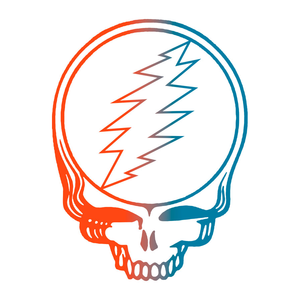 A second night at Dead and Company. It's as if the music never stopped. I don't have any pictures from the second night, but they would have looked just like the pictures from yesterday. The show was good, again, though I'm not sure how much I need to go to multiple shows of the same band over the course of a weekend any more. This is the second time in about two or three years. Last time it was the Grateful Dead, also, with Trey Anastasio. The Fare Thee Well tour.

Well, once my buddy wakes up from his late night journey to Jupiter then we can start getting back on the road, maybe drive through SF and get some dim sum. That always makes things better.

I bought the boy his first tie-dye t-shirt. He will be happy that I brought home something from the show.

CS says that he can't know me any more, in yesterday's comments section. Who knows what combination of things said yesterday could have been his final undoing, that I went to a Dead show, openly admitted to eating acid or I found John Mayer's behavior to be sleazy. You know, it is possible to get very young girls high on drugs and still be a creep.