The mighty diamond of depression 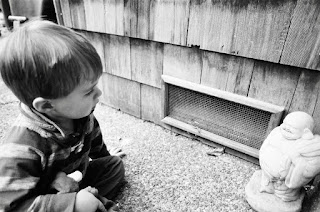 Back in that other life I went to a getaway wedding at a getaway destination - Mykonos. In an attempt to appear normal, and to sustain a sense of normalcy for a week spent mostly without sleep, I stopped taking some medications that were ostensibly meant to treat manic-depression. Mine, they said.

Now, whether you are afflicted with manic-depression, or only lightly touched with it, this has only marginal bearing on what the cessation of those types of medications - lithium bicarbonate and Lamictal - has on the psyche and well-being of the patient.

I was being the patient. A stumbling buddha - the sound of one hand laughing.

I remember there being this immense clarity of just how full of shit everybody was, how false. I could be reached by neither love nor reason. It was overwhelming, to see my friends seemingly as they truly were. Similar to having recognitions concerning yourself and others while on very strong acid, and after. It burns a nearly intractable impression - even about those that you have known so long - on the fragile and perhaps weakened mind. Perhaps damaged. Don't be weak if you're also going to be vulnerable.

The actuality of such de-acclimatizing from mood stabilizing cocktails works in a very stark and somehow unknown reverse order of operations.

I learned and suffered a little taste of this with a friend of mine recently.

The details are irrelevant. But. I was given a glimpse into the odiousness in which I operated, and what that must have been like from the perspective of the other person or people around me. The one(s) hopefully operating at nominal levels of regular sleep, food, and meds.

Nothing can be done. Or, nothing that I will ever do. I have few regrets, or a few, none other than how unlucky time and love can be when arriving and departing at such erratic and regular intervals.