the rules of the game 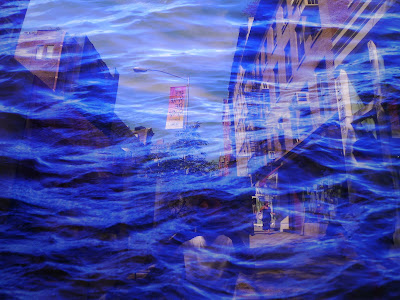 I'm not sure what "the rules" are when taking photographs out in public. I was walking around Soho today, taking pictures. At one spot a man started screaming at me that, "no photography" was allowed.... There were no signs stating such, just an angry man screaming, at me, at his mixed leisure and duty. He did not appear to be there in any official capacity, he was just trying to sell somebody else's art, out on the street, and to prevent pictures from being taken of said sellable art.
Much has been said about the "art" sellers in and around Soho on the weekends. Apparently they claim that it is "free speech", though it is all clearly done openly for commerce, and for commerce alone it exists. The only speech I heard today was an angry man telling me that I am somehow prohibited from practicing yet another art form in conjunction with the pre-existing one on sale.
I thoughtlessly forgot to ask him for his photographic portrait, neither did I offer many poems.... poems of heavens and hell, poems of sidewalks and things for sale....
Instead, I reacted in short and in kind, and immediately told him to, "Shut the fuck up, I'll take pictures of whatever I choose to. I'm in public."
I am uncertain of the appropriate protocol for such an interaction and was afraid of committing a faux pas, of course. I hope these were the right words to aid in creating a better understanding between artists, and those who sell the art of artists, and those who yell, and those who get yelled at. But how am I to know? How to be certain when it comes to expression and the tender emotions that accompany the heart of artist's sellers?
How is one to be sure in the famed topsy-turvy free speech movement of Soho, where the only garde is no longer avant, but rather quite adamant.
The new insistent-garde movement of Soho, read it and weep Berkeley... 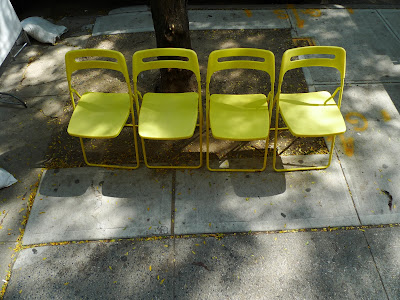 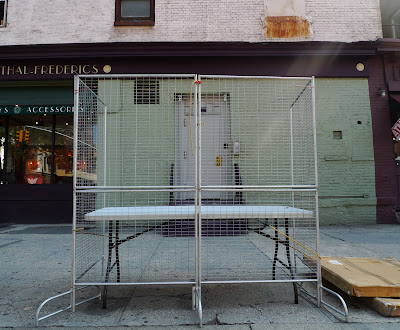