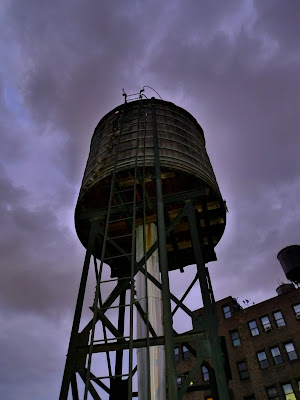 I have been giving far too much thought to this "chemtrail" phenom.... It occurred to me that it is a nearly perfect conspiracy theory. Anybody, anytime, anywhere can participate in it merely by looking up into the sky and believing that they see something far different than what they have seen before, something worthy of question. All that it takes to begin is a vague feeling that your government is doing something wrong, a belief that the skies are becoming increasingly ominous, and a new level of scrutiny emerges... and then voila', conspiracies abound; it confirms to the newly initiated a global coalition of evil, orchestrated by international conspiracy, and only those in league with evil, or deadened by the machinations of media, would claim otherwise.
As far as these conspiracy theories go it is nearly perfect. The fact that this particular 'theory' is baseless makes it even better, more effective, resistant to claims of denial, easier to participate in... as it rejects all empiricism as part of its sweeping indictment. It is one short step away from denouncing all of science as evil, and in league with the forces of government gone wrong.
It just seems to me that with all that there is verifiable in the world that can be fought why focus on unverified claims that contrails, which have existed without serious question for many years, even decades, are now somehow part of a system of evil. There is real evil in the world and it can be verified, and much of it comes from our own government. Should not these things be tackled first? The popularity of these absurd chem-claims can be traced directly back to September 11th, 2001. Without any research, I am certain of it. It is understandable, but preposterous and disappointing. I began making the claim that chemtrails can not be photographed because it is an appropriately absurd response, in measure and step with the initial thesis: self-evidently false. It is the least I can do.... "The evidence is evident.", say the theorists.
Theory, as contemplation alone, is opposed to action.

Ay Allah, that's another point: any theory, for it to be called a theory, must meet certain scientific standards. Conspiracy "theories" do not burden themselves with anything as archaic as actual science, mere speculation is proof enough. Merit plays no role in the heart of doubt.

Yet, I perversely seek the conversation of conspiracy theorists. It is a form of sociological magic. It becomes so much a part of the individual's personality that they seem to defend it with demented and whole-hearted lunacy. To show any skepticism towards their skepticism is heresy, misguided and ignorant.
Such short-lived joys this brave new world offers us....
The modern world could use a reminder that all doubt is not equal, there is no such thing as democracy of intelligence. Intelligence is staunchly empirical, it seeks to fairly dominate other thought and eliminate ignorance, but not speculation. It invites question, but it equally invites question of the question.
Ok, I leave you with the ominous skies of New York City.... the birthplace of modern doubt and empire.... 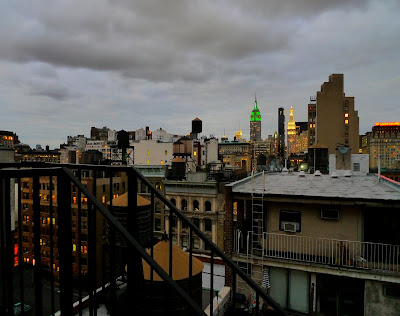