The night before the storm... 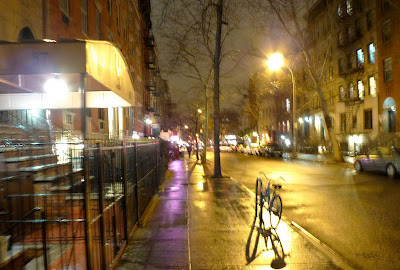 The snow has come. It is barely cold enough to stay frozen on the ground so it is already turning to slush where people walk the most, in the walkways and on the streets. I took this picture last night as the city inhaled and prepared. Most people were inside, awaiting the mighty blizzard that has already devastated the cities of the coast. It is a silly thing. The news reports that a big storm is coming and the city shuts down. It might be the city that never sleeps but it is most certainly the city that stays home in snow. The schools have shut down, public transportation has come to a virtual standstill, the streets are deserted, shops are closed, but the internet is still open for business.
Last night as I was walking home late from work I took a few pictures, just playing with exposure times and speed settings, still not knowing what I am doing, but hoping for luck.
The city can be nice when there are so few people out. Everyone has kept their meanness at home, their rushing insistence that they are all that matters, that they have the rightness of way, that you should have been able to detect this from further away and moved to gracefully allow their hurried passing, that the city was made for them alone, and move, move, move... 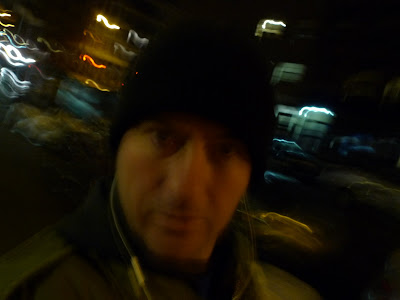 The snow will melt, the people will return with more ferocity of purpose than ever.
I will be ready. I will stay home. 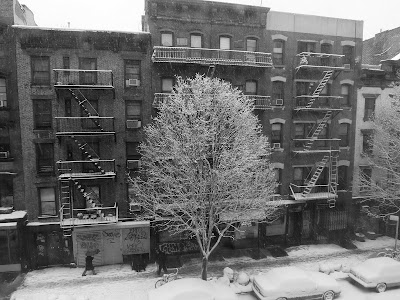 Labels: the night before the storm, the people will return with more ferocity of purpose than ever
Newer Post Older Post Home