Bob, on the A Train 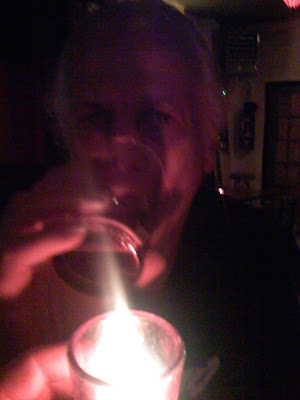 I got the news that a friend passed away last night. He was older and this news did not come as a complete shock, though still stunning in its power to pause the spirit. I have sat here listening to records that he and I talked about for many hours and I have yet to find just the right one, though I think I'm getting closer. For some reason I started with Weather Report... then to Santana, and now The Stone's "Beggars Banquet", first track. I remember he and I getting into a accelerated conversation about the merits of the Jane's Addiction cover of "Sympathy For The Devil"
Creedence. Have You Ever Seen The Rain?
For a short time he and I became quite close friends. We would sit and chat for as many days as we would run into each other, often for hours, entire evenings. He was the owner of a local bar that I frequented. Though it wasn't the closest bar to my apartment in the East Village it became known as my local. Rightfully so. It has been the most notorious meeting place that I have in New York. For the better part of a decade now it has served as my living room, the space in my apartment resembling a miniature version of a storage unit.
Hendrix. Hey Joe, The Wind Cries Mary, Third Stone From The Sun.
Bob Dylan. Blonde on Blonde.
More later...
Posted by Sean Q6 at 3:17 PM