To what and which, or where else? 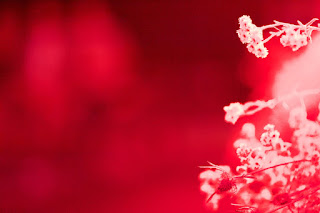 Awoke at the end of a troubling dream, saving myself from a part of it.

No one has seen my mother in dreams or otherwise since her passing twenty years now. On odd occasion, she is there as she was, carrying her southern accent and odd intensity. Mother was a bit crazed in the Virginia way, though not unpleasant in either fashion or manner. She had unique charms, all her own, and found few adopters. Her etiquette expected little from others. It was an orchestration of genteel effort, addressed always outwards in an effort to save time, as so often it did. Though it did not save enough.

As a child, as a normal course of our experience together, I saw many bewildered at what had just happened, the sheer dynamic of the exchange. She skirted the fences between brevity and terseness, though knew just when to cut a smile.

Towards the end of my dream I was sitting on the couch. She descended unexpectedly, as dream apparitions often do. She brought the news of my father's death. She leaned forward, over the sofa to deliver the trouble with as much discretion and privacy as possible, though quite unneeded in a dream. I do not blame her for this. It was as if she had spread wings when speaking.

I might have been at an afterparty, in the dream, so the shock of her being there was already much for me.

Mothers exist in two places: where you expect them to be, and where they are not expected to be. Though, they are everywhere amidst the heart, deft as phantasms.

She told it as if it was news, arriving for the first time, using an odd choice of words to relay the simple fact to me: "I'm sorry son, your daddy's dead."

Something about her using the word daddy to describe my father, an odd man who had already passed away, and was so much older at the time, as was I.  I suppose.

Eternally separated from her, to speak this news.

A dad, at best, but one who had long since ceased being a daddy.

I remember crying in the dream, convulsing with the imaginary news. Feeling it afresh, the sting of an always expected loss.

I emerged from sleep, upset, thinking of my own son, of course; the only person I know who uses the word "daddy."

Thinking of my mother, and the tremendous pieces of time, so many parts that have now passed between us.

The tremendous particles of time, now lost, amidst the.