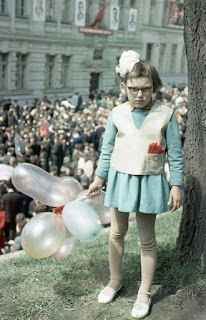 My buddy CS has been in a terrible accident. He is still in the hospital, has been for several days now.  There was a collision involving himself and a truck, and the Vespa. It was a near head-on incident, from what I gathered. He is now in some agony. It is dismaying, of course, to know that he is in this condition, and in pain. If he is anything like me then pain brings other concerns, ones that are not so easily dismissed when the relative absence of physical suffering arrives.

Perhaps I think of my own mortality too much. Or, not enough. I guess it depends on whether you embrace westernism or not. Everybody seems to have an opinion on how much is too much when it comes to thoughts of death and dying.

Why think about things you can't change? seems to be the general attitude.

Why think about things you can? is my response.

Why think at all?

Has extreme self-consciousness helped any of us? I wonder, mostly for myself. We were sold on the idea of such self-scrutiny as being a vague sort of "therapy" to help us recover from being humans, a task to which there is no apparent goal, nor end.

Fuck all of that, I say. I hope that saying that helps.

Well, I'm worried about my old buddy. It's no fun to suffer. I know this, too.

I would pray for him, but I make neither grand nor modest appeals to the beyond. I am often hesitant in such matters, when sober minded, perhaps fearful that as I move closer to the edge of the known that something hidden there in the darkness might begin to recognize the sound of my voice, then call out to me, like a voice of whispers, like one of sleep. 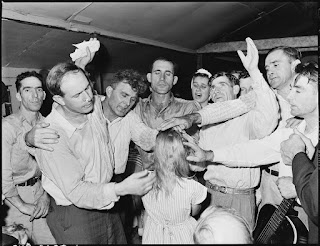